Installation work was completed in the fourth quarter of 2015 at the newly built Jordanki Cultural And Congress Centre in Toruń.

19 000 m2 net. It is a home for the Centre, i.e. Toruń Symphony Orchestra and the main stage of Kujawsko-Pomorski Impresario Music Theatre. Innovative acoustic solutions and the movable ceiling system allows a multifunctional utilisation of the building.
The main concert hall is the most distinct body of the building, featuring an auditorium sprawling several storeys to provide attractive vantage points. The main scene intended for a musical orchestra can open to the court at the rear façade during outdoor concerts. The acoustics of the hall will be adapted to specific musical events by operation of mobile ceiling sections. The sliding wall can be moved to link the main concert hall with a smaller chamber.

The design concept by Fernando Menis has been widely acclaimed in Poland and around the world. The design of the Jordanki Centre won the Future Cultural Projects category at the 2010 World Architecture Festival in Barcelona. The design of the steel substructure of the building won first place in Engineering at the Tekla Global Bim Awards of 2014. The Jordanki received the First Jury Award in the Bryła Roku 2015 (Body of the Year) competition. 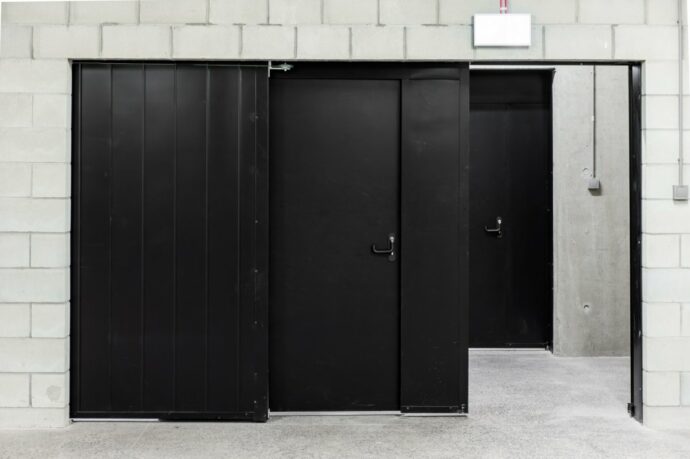 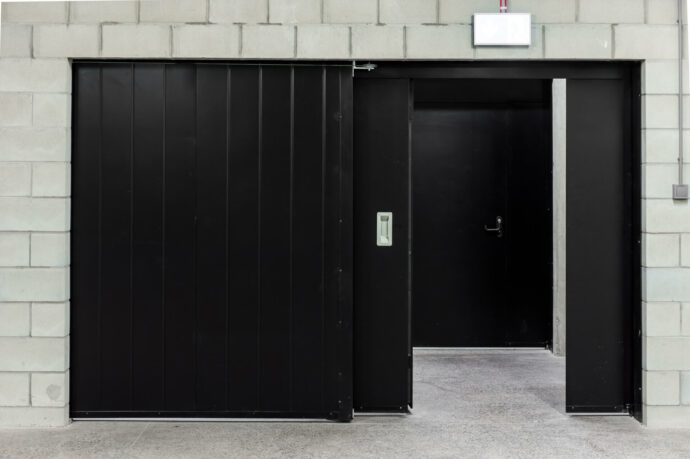 A Marc-P acoustic sliding door fire rated at EI 120 for the Jordanki Cultural And Congress Centre in Toruń was developed in collaboration with design engineers. Installed from the end of the auditorium, the eleven-metre-high door enjoys a high sound insulation rating of 45 dB (conforming to the requirements for acoustic insulation performance of building partitions specified in PN-EN ISO 717-1:1999).

WE HAVE HELPED TO DESIGN SIMILAR SOLUTIONS FOR:

Escape tunnel – a phenomenon on a global...

Warsaw Spire is a complex of office buildings in Warsaw city centre. The total area of this multi-storey building is over 104 thousand m2... 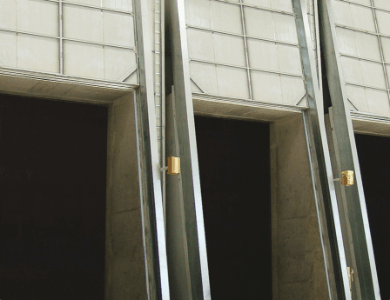 Slanting gate with a bearing capacity of 3.5 tons

Specifically for the incinerator bunker, a drop-down inclined gate was designed, which construction and roofing has been carefully selected... 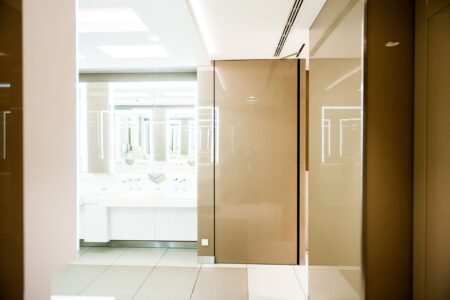 Warsaw’s Arkadia is one of the largest shopping centres in Poland, with more than twenty million visitors and customers a year. Arkadia stands...

Thank you for sending your inquiry.